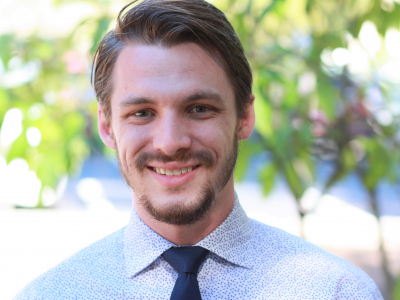 Dillon Tauzin was studying education from a New Institutionalist perspective, delving into the writings of John Dewey, when he came across an “enigmatic and difficult” thinker who seemed to have it in for Dewey and his confidence in the ability of science to solve society’s problems.

That thinker was the Chicago economist Frank Knight.

“I read the early Knight and the later Knight,” Dillon, a 2021-22 HOPE Center Visiting Scholar, says, “and once I saw the relationship to Dewey, that’s when I knew I’d have something exciting to write about.”

As Dillon explains, Knight was all about democracy—and saw the tendency of scientists to offer cures for social ills as a threat to the rule of the people.

“Dewey wanted to use science to fix the world,” Dillon, a PhD candidate at George Mason University, says. “Knight thought that science could relate means to ends, but shouldn’t have anything to say about the ends people were chasing. Only the people should decide what those ends should be.”

“Running through the three essays is Knight’s unfailing insistence on democracy, or as Knight called it, ‘government by discussion.’”

In Knight’s view of democracy, every individual is treated as an end (rather than a means), and all individuals are equal.

“Knight was concerned about scientists using their status as scientists to hijack democratic discussion.”

Dillon first encountered Knight in a class at George Mason taught by his advisor, Peter Boettke. “We read Knight’s Risk, Uncertainty, and Profit, one of his early works. I found him to be at such variance with Dewey that I immediately wanted to jump ahead to Knight’s later years and compare his thinking in the two periods.”

It was Professor Boettke who eventually recommend the HOPE Center to Dillon.

After working in relative isolation last year, he says that working at a desk in the HOPE Center has been great for his productivity.

“Plus it’s been cool to explore campus and the gardens and get a good feel for life at Duke.”

Dillon is on the job market this year and is excited about where his research will take him next fall. He will be at Duke until April.