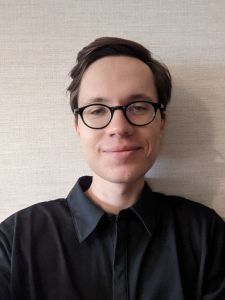 I am a doctoral student in economics at the HSE University, Moscow. I also received a bachelor's degree in economics and a master's degree in politics, economics and philosophy there. My interest in history and methodology and economic thought has emerged primarily because of my acquaintance with the work of Deirdre McCloskey, which in one way or another influenced all my research projects. During my bachelor's studies, I was engaged in a comparative study of the ontological premises of modern institutional and cultural theories of long-term economic growth. While studying for a master's degree, at the suggestion of my scientific advisor Vladimir Avtonomov, I tried to investigate the relationship between economic theory and policy using the case of US monetary policy, based on computational analysis of policymakers’ language recorded in transcripts. I have now switched to a new topic motivated by the emergence and resistance to the “empirical turn” in modern economics, that is, the history of data skepticism in economics, and its philosophical and social implications. 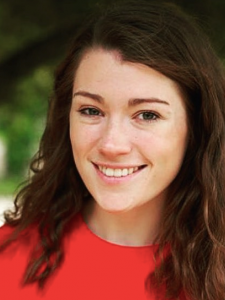 Emily is a third-year PhD student at the Faculty of History, University of Cambridge. She previously completed her MPhil in Political Thought and Intellectual History, also at Cambridge, receiving a distinction for her thesis on the economic ideas of the early Frankfurt School. Her PhD thesis, provisionally titled German Economic Thought and the Marxist Critique of Political Economy, 1844-1945, examines the under-explored influence of German traditions of economic thought on the trajectory of Marxist economic ideas. At Cambridge she also teaches on the history of economic thought and twentieth-century political thought, runs the History of Economic Thought Reading Group, and assists with the restoration and demonstration of Cambridge’s MONIAC machine. She hopes to spend her time at Duke finishing her thesis and working on her future post-doctoral project, a comparative history of economic pedagogical traditions in Great Britain and Germany. 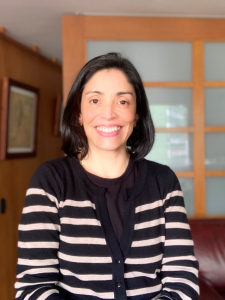 Jimena Hurtado is an Economics Professor at the Universidad de los Andes and co-editor of the Journal of the History of Economic Thought. Most of Jimena’s research has been dedicated to Adam Smith. Jimena has also published in academic journals and books on Bernard Mandeville, Jean-Jacques Rousseau, Jeremy Bentham, Alexis de Tocqueville, Albert O. Hirschman and the history of Colombian economic thought in the XIXth century. For some years now, with colleagues, Jimena has been exploring the XXth century Colombian economic technocracy and hopes being at CHOPE will allow exploring other ways of telling this contemporary history with the voices of the protagonist.

For more on Jimena, please see her profile. 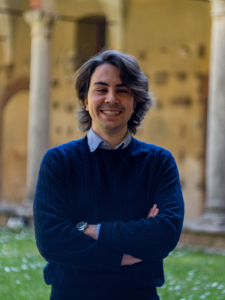 Edoardo Peruzzi is a PhD candidate in Economics at the Tuscan Universities (Florence, Pisa and Siena). His background is in the philosophy of science. He was previously an undergraduate student at the Scuola Normale Superiore and University of Pisa, where he completed his master’s degree in Philosophy in 2020. His research interests lie at the intersection between philosophy of economics, history of economic thought and antitrust economics. His PhD thesis examines how economic models and empirical methods are employed by economic expert witnesses in US antitrust litigation. At HOPE he would like to better investigate from a historical point of view the so-called “game-theoretical revolution” in industrial economics and the relation between economic theory and antitrust enforcement, in general. 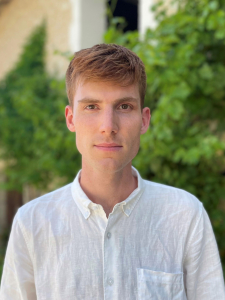 Simon Torracinta is a PhD candidate in the History of Science and Medicine at Yale University. His work centers on the history of the modern human sciences and political economy.   His dissertation, titled Economy of Desire: The Sciences of Human Wants, offers a social history of knowledge, charting a fundamental transformation in the conceptualization and scientific investigation of human wants and desires in the late nineteenth and early twentieth centuries. This story includes the shifting understanding of human psychology within economics in several contexts: fin-de-siècle Austria, American institutionalism, and the crystallization of neoclassical microeconomics at Chicago and the LSE in the 1920s-30s.   He has also written about historical and economic issues for publications including n+1 and the Boston Review. At HOPE, Simon hopes to consult its unparalleled Economists’ Papers Archive, particularly the papers of Nicholas Georgescu-Roegen, Carl Menger, Paul Samuelson, and Tibor Scitovitsky, and begin exploratory work on a research project on the conceptual history of productivity.

For more on Simon, please see his profile. 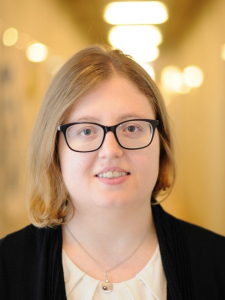 Hannah is currently pursuing a PhD in Political Science at the University of Lausanne in Switzerland under the supervision of Prof. Thomas David. Before that, she obtained her BA and MA in Economic History at the Johann Wolfgang Goethe University in Frankfurt am Main Germany under Prof. Werner Plumpe. in her dissertation she focuses on the historical development, processes and impacts of transnational agricultural economic networks during the 20th century. Her thesis comparatively examines how and why agricultural experts collect and use statistical data in Germany and the United States of America. As part of this work, she recently has co-authored with Federico D’Onofrio in the article in the HOPE journal: Wolf Ladejinsky: Field Trips for a Democratic Countryside. Other research areas that Hannah is concern with the interconnected history of economic and political “acteur” like the financial history of international organizations and groups such as the League of Nations.

For more on Hannah, please see her profile. 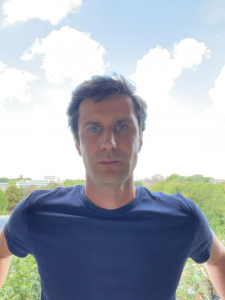 Guillaume Yon completed his BA and MA in sociology and economics at the École normale supérieure Paris-Saclay. He received his PhD in sociology of science and technology in 2017 in the École des mines de Paris. His dissertation focussed on the development of optimization techniques (marginal cost pricing, linear programming) within the French nationalized electric power industry in the 1950s and 1960s; a project completed as a postdoctoral fellow at the Max Planck Institute for the History of Science in Berlin. He then became a LSE Fellow in the Economic History Department at the London School of Economics between 2019 and 2022, where he taught the History of Economics course. Guillaume will spend his time at Duke working on his new project: a historical sociology of dynamic pricing. This highly responsive approach to pricing was derived from mathematical optimization techniques developed by operation researchers for the management of large infrastructures and was first implemented by airlines in the 1980s. Dynamic pricing then spread across many industries and is at the core of the platform economy. Rebranded ‘algorithmic pricing’ or ‘market optimization techniques’, dynamic pricing is nowadays a large academic and business venture, transforming pretty much everything, from supply chains management to consumers’ behaviour.