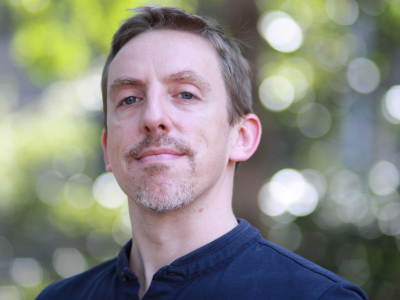 “It turns out there’s a long line of economists—and famous ones at that—who have been very much opposed to allowing banks to create money,” says Samuel Demeulemeester, a 2021-22 HOPE Center Visiting Scholar.

And learning that was a relief to Samuel, who, when he first heard in an undergraduate economics class that banks created money, was “shocked.”

“I knew then that I had to find out more about this, to learn who those economists were and what they based their arguments on.”

Many economists have worried that by allowing banks to create money, monetary instability and financial crises would ensue.

The argument against letting banks create money perhaps reached its height in the 1930s, with the so-called 100% money proposal. The proposal basically required banks to keep an amount of reserves that equaled the amounts in their customers’ checking accounts.

The 100% money proposal was most forcefully promoted by Irving Fisher, Lauchlin Currie, and a group of Chicago economists including Henry Simons, Frank Knight, and Paul Douglas.

“What these authors were arguing was that money creation should be left to a monetary authority and not to banks—in other words, make the volume of money independent from banking activity.”

It was Fisher and his contemporaries who were the subject of Samuel’s PhD thesis, which he completed at the University of Lyon in 2019.

But it turns out that economists had been arguing for the 100% money proposal in one form or another long before Fisher.

It is those economists—the forerunners of the proposal—who are the focus of Samuel’s current research.

“What’s interesting to me is that the figures who came before Fisher offered different arguments. They were interested in the banks’ effects on relative prices rather than prices in general.”

Samuel also hopes to examine the influence of the 100% money proposal on the economists who came after Fisher, especially Milton Friedman, who won the Nobel Prize in 1976.

An important moment in Samuel’s interest in the subject occurred when he was couch surfing in Istanbul and he and his host watched a documentary about banks and their role in creating money.

Then, a short while later, Samuel came across Fisher’s 1935 book on the 100% money proposal.

“Fisher was so clear and logical and persuasive. But banks were still creating money through loans. So I concluded that Fisher was a totally forgotten writer.”

Determined to learn more about this presumed neglected figure, Samuel enrolled in a master’s program in the history of economics, in Paris.

“Imagine my surprise when I learned that Fisher was one of the giants of the field.”

After completing his master’s degree, he earned his PhD at Lyon under the supervision of Rebeca Gomez Betancourt and Laurent Le Maux.

Samuel will return to France in April.