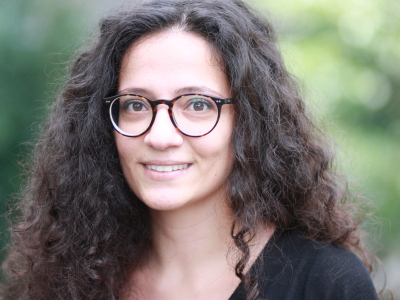 “She pretty much annoyed, well, everybody. And that’s what makes her so interesting.”

The Joan Robinson whom Yara researches and writes about was a complex figure, never fully at home in any school of thought, including the post-Keynesians, the group of economists who worked in the tradition of John Maynard Keynes and with whom Robinson is normally associated.

“As I see it, Robinson’s whole life was spent searching for a theory of distribution that made sense in the long run,” Yara, a 2021–22 HOPE Center fellow, says. “But the post-Keynesians didn’t think the long run mattered—or as Keynes himself once said, in the long run, we are all dead.”

Yara aims to develop an alternative view of Robinson’s intellectual journey. Whereas most historians divide Robinson’s career into a “younger” and an “older” period, Yara says that it makes more sense to think in terms of the “mainstream” Robinson and the “radical” Robinson.

The watershed year, Yara says, was 1942, when Robinson, who many believe should have won a Nobel Prize, wrote a book on Marx. Up until then, Robinson had largely accepted the kind of standard economics she had been taught at the University of Cambridge—the economics of Alfred Marshall and A. C. Pigou.

“Then it was as if she discovered Marx and classical economics for the very first time. She went back and questioned everything,” says Yara, who earlier this year completed her PhD at the University of Paris 1.

“My job is to make people respect the radical Joan Robinson.”

During her fellowship at Duke, Yara plans to develop certain ideas in her dissertation, which explores Robinson’s ideas about capital accumulation, into two new papers.

Yara also plans to broaden her work on Robinson to include the intellectual scene in Cambridge, where Robinson spent most of her life, and the Anglo-Italian Keynesian tradition developed there.

To better understand that tradition, Yara will consult several collections in the Economists’ Papers Archives at Duke, especially letters from Robinson to Nobel Prize winners such as Paul Samuelson and Robert Solow, as well as to important post-Keynesian economists such as Paul Davidson and Sidney Weintraub.

She says that the HOPE Center fondly reminds her of her research community in Paris—“a small, supportive community where everybody knows each other.”

Yara will return to Paris in April.