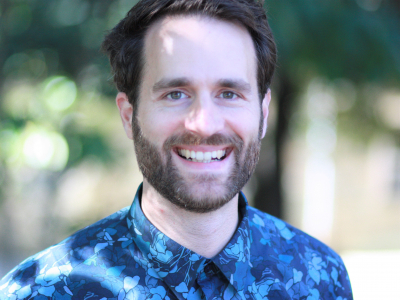 Here is the economist, with her textbook principles of economics, eager to give policy advice. There is the politician or, in some cases, outright dictator, with his self-serving concerns. In that situation, what effect can an economist really have on economic policy?

That is one of the questions that Maxime Desmarais-Tremblay, a 2021–22 HOPE Center Visiting Scholar, is pursuing by examining the career of the public finance economist Richard Musgrave (1910–2007), who, in the Cold War era, served on economic missions to developing countries.

“Musgrave’s career opens up all kinds of interesting questions about development economics and about influence, US hegemony, and professional and personal integrity,” Maxime says.

Maxime, who is a lecturer in economics at Goldsmiths, University of London, is sorting out Musgrave’s involvement in two US-sponsored missions to Colombia, one in 1950, the other in 1968. Both missions were designed to modernize Colombia’s economy.

In comparing Musgrave’s proposals in the two missions, one point of consistency stands out for Maxime: “Throughout his career, Musgrave had a concern for equity, for treating all taxpayers fairly. That meant broadening the tax base, closing loopholes, having people of similar incomes pay similar taxes.”

Another intriguing episode saw Musgrave advise Bolivia in the mid-1970s when the country was under a dictatorship. That was a decade in which more than one Latin American dictator was receiving advice from US-based economists.

“Musgrave’s involvement with Bolivia raises an important question,” Maxime says. “Did Musgrave stick to his academic principles at the risk of being ignored? Or did he tell the dictator what he wanted to hear in order to have an impact? More generally, what kind of impact can economists really have on policy, when faced with the petty interests of politicians and government leaders?”

For Maxime, who is writing a book on Musgrave, getting a handle on the tax expert means situating him with respect to three sets of studies: those on development economics, those on the so-called money doctors, and those on the history of tax reform.

“Many of those studies mention Musgrave hardly at all,” Maxime explains. “Yet he was a central player in several overseas economic missions.”

This is Maxime’s second visit to Duke. He was here in 2016 for the History of Economics Society conference. This time around he has perhaps found the cost of food a bit high. “But the library is full of amazing books, the HOPE Center is filled with exciting conversations, and every kind of plant and tree seems to grow here.”

Maxime will return to London in December.