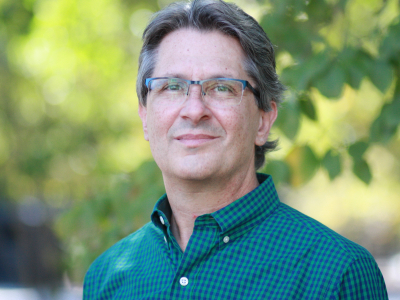 Not every member of a PhD student’s dissertation committee is a Nobel Prize winner. Nor does every committee member become the subject of that same student’s historical research. But both are the case with Keith Jakee, who finds himself researching the intellectual evolution of the public choice economist James Buchanan, who was on Keith’s committee when he was at George Mason in the mid-1990s.

“Buchanan underwent a profound shift in outlook between the early sixties and the mid-seventies,” Keith, a 2021-22 HOPE Center Visiting Scholar, explains. In his 1962 book, The Calculus of Consent, written with Gordon Tullock, Buchanan was “quite optimistic about the ability of rational individuals to come together and establish the grand rules society would need to both keep order and produce public goods.”

But, noting what he called the prevalence of “constitutional anarchy” in the later 1960s and 1970s, Buchanan sounded a more pessimistic note in his Limits of Liberty (1975).

“Something happened to Buchanan—and many who knew him heard him recount, many times over the years, his dismay at the social unrest he experienced in the 1960s.”

Buchanan’s brief time at UCLA was especially unsettling, with an attempted bombing and a murder on campus.

“The chaos of the sixties clearly had a profound effect on him, and one of my projects here is to attempt to map his experience, as expressed through a number of relatively obscure papers written in the sixties,” Keith says.

As Keith points out, there has been an outpouring of scholarship on Buchanan in recent years. “But no one has quite put their finger yet on what was behind this fundamental shift in Buchanan’s political theory.”

Keith’s involvement with the history of economics began in the mid-1990s, when, through his association with Robert Leonard—the two of them were on the faculty at University College Cork at the time—Keith was introduced to people like Arjo Klamer and Bruce Caldwell, the HOPE Center director. Among other events, he attended the History of Economics Society conference held here at Duke University in 2003.

During his fellowship, Keith, who is a professor in the Wilkes Honors College at Florida Atlantic University, plans to take full advantage of the scholars here who work on areas that overlap or are adjacent to his own, and will likely spend some time in the Economists' Papers Archive, held in the Rubenstein Library.

Keith, who is living halfway between Duke and downtown Durham, says he’s thrilled to experience both. “The university, and its environs, make for just the sort of place academics imagine being when wanting to escape the hustle of everyday demands. It certainly is a pleasant place to spend a sabbatical!”

They will return to Florida in April or May.