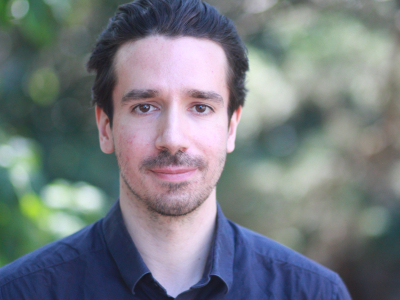 Vincent Carret has already accomplished a lot in a young career. The 2021–22 HOPE Center fellow has written a book with his dissertation advisor, Michaël Assous—himself a HOPE Center Visiting Scholar, in 2012–13—on macroeconomic models from the 1930s. And he has an article coming out in the Journal of the History of Economic Thought on a macroeconomic model developed in 1933 by the Norwegian economist Ragnar Frisch, who was the co-recipient of the first Nobel Prize in economics.

Vincent is now hoping to extend his work to macro models from the 1940s and 1950s, models that took into account the new developments in game theory and linear programming.

“Those models had some intriguing links to physics and the other natural sciences, and it is those links that I want to explore,” Vincent says. “For example, how did those links change around World War II and the immediate postwar years?”

Of particular concern to Vincent, who is a PhD student at the University of Lyon 2, is the notion of stability in those models. Stability was defined in many ways, but they all referred to an economy that operated within certain limits.

“When we look at stability, we open up some fascinating visions of how economists viewed the economy and its relation to the wider world,” Vincent says.

His work on Ragnar Frisch is a case in point. “Putting his model and its properties into its correct mathematical, economic and historical context, I was able to gain some new insights into what is a well-known model, including the fact that it accommodates economic growth as well as business cycles.”

During his time at Duke, Vincent plans to consult several collections in the  Economists’ Papers Archive, including the papers of Martin Shubik, Herbert Scarf, and Oskar Morgenstern.

This is Vincent’s first extended visit to the United States. He’s impressed by the greenery of Durham—“It doesn’t take long until you are in a forest”—and the ease with which he can bicycle around the city.

Vincent will return to Lyon in May.