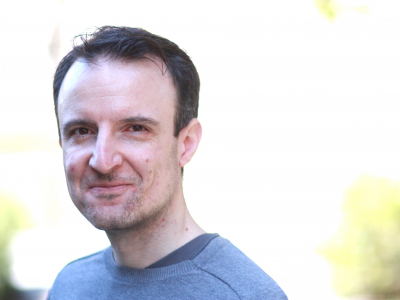 The history of economics has its own body of conventional wisdom on any number of topics, interpretations that have hardened around certain points of view. Take, for example, the prevailing notion concerning the Austrian school of economics and the logical positivists of the Vienna Circle. The traditional account of intellectual history is that the two camps stood in stark contrast to each other, with the Austrians favoring theory and verbal logic and the Vienna Circle favoring empiricism and mathematical approaches. But as Alexander Linsbichler hopes to show, the two had far more in common than is usually supposed.

A 2020–21 HOPE Center fellow, Alexander is spending the year taking a closer look at the Austrians and the logical positivists, paying attention to the ways in which the two groups of economists and philosophers might have been more alike than the standard account suggests. His work is an extension of his dissertation, in which he subjected two individuals typically considered to be polar opposites—Otto Neurath and Ludwig von Mises—to a similar examination.

“Neurath, Mises, Friedrich Hayek, and others, for instance, developed very specific notions of rationality, all of which caution against the scientific and societal dangers of overestimating rationality,” Alexander says. “And both groups used and defended thought experiments in their striving for more rigorous social sciences.” In addition, as Alexander explains, Mises and the logical positivists were ardently pro-democracy at a time when most professors at the University of Vienna were conservative and reactionary—not to mention anti-Semitic.

“I’m not saying that the Austrians and the Vienna Circle agreed about everything,” Alexander explains. “They certainly didn’t. But many of their positions aren't as incompatible as many people today want to claim.”

But interrogating alleged differences, Alexander aims to refine and enrich our picture of economists in Austria during the interwar period.

Duke has proved pivotal to Alexander’s work. In 2017, he spent four months here at the invitation of Malachi Hacohen and the Center for European Studies, finishing a book on Mises’s epistemology. Titled Was Ludwig von Mises a Conventionalist? A New Analysis of the Epistemology of the Austrian School of Economics, the book was published in 2017 by Palgrave Macmillan.

He is currently writing a book for a general audience on the history and ideas of the Austrian school of economics. The book, which had its origins in work Alexander did for a public exhibition on the Austrian school, will be published in German by the University of Vienna Press, with plans for an English translation to follow.

A lecturer at the University of Vienna, Alexander grew up in Hohenberg, a small village around sixty miles from the Austrian capital and whose name means “tall mountain.” “To the Viennese, I’m from the mountains. To the people who are really in the mountains, I’m a flatlander.”

Alexander will return to Vienna in May.