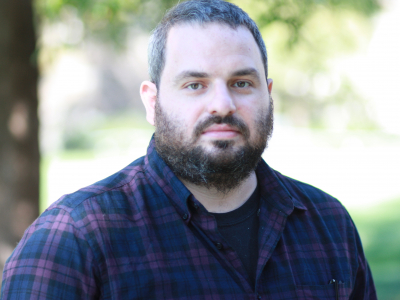 There was a time—and not that long ago—when an educated person did not need to be a professor to make serious intellectual contributions.  And many people had careers that began in that bygone era but ended in today’s era of specialization and professionalization—people who remembered well the preprofessional days and had to negotiate the ensuing change.

It is those people—“outsiders,” as he calls them—whom Ohad Reiss Sorokin, a 2020–21 HOPE Center fellow, is keenly interested in.

Ohad is writing about the professionalization of the humanities and social sciences. He is approaching the subject through the Geistkreis (which can be roughly translated as “mind circle”), an informal intellectual circle founded in Vienna in the early 1920s. Members of the Geistkreis were sociologists, philosophers, economists, mathematicians—they came from all manner of disciplines, and they met regularly to discuss a wide range of subjects.

With the annexation of Austria to Nazi Germany in 1938, many members of the Geistkreis emigrated to the United States. There, they tried to re-create the Geistkreis experience; but as Ohad explains, they ran into surprising cultural barriers.

“Simply put, university professors in the United States didn’t meet with each other regularly to talk about ideas in the same way,” Ohad says. “So the notion that a faculty member would give up two or three evenings a month to participate in what we might think of as a book club for academics was a nonstarter.”

One of the reasons for that, Ohad suggests, was the high degree of professionalization among the disciplines in the United States.

Ohad, who is a PhD student at Princeton University, is interested in the ways in which members of the Geistkreis navigated those strict disciplinary boundaries—and what they say about the professionalization of the disciplines.

Ohad has visited Duke twice before on scholarly business: once in 2018 to attend the Center’s Summer Institute, and once in 2019 to spend a week in the archives. His fellowship year will be spent finishing his dissertation.

“Friedrich Hayek was one of the founders of the Geistkreis, so to be here and be able to confer with Bruce Caldwell, the leading Hayek scholar in the world, is just tremendous.”